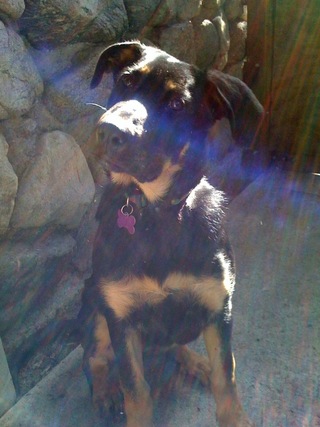 next to a Writ Bit! a dog is a writer's best friend

Hawthorn and Child
by Keith Ridgway

Novel About My Wife
by Emily Perkins

If you're going to spend the money to buy a book, please buy one from a new or new to you author.

Get your best sellers from the library. Jonathan Franzen does not need your money, but I (and authors like me) do!

NYT review: "This is a book that engages touchingly and earnestly with the unknown. "How does it happen?" Fiona asks herself. "How does time pass? We don't do anything, and yet time keeps moving forward. What if we stayed still, lay in bed and never got up?" There would be no novel if we did that, of course. But this book is richer for Fiona's asking
the question."

"The Care and Feeding of Exotic Pets

"Diana Wagman’s fourth novel, “The Care and Feeding of Exotic Pets,” is about a Los Angeles divorcée kidnapped by a deranged iguana owner, and it’s Wagman’s best to date — a quick, engaging story, half thriller and half wry domestic drama." -- NYT


“The Care and Feeding of Exotic Pets tilts on Winnie’s strength. In her, Wagman has constructed a magnetic figure who is easy to root for…The book also benefits from breathless pace and a dialogue-heavy structure that hints at Wagman’s screenwriting experience and keeps the pages turning.”–Los Angeles Times

“Wagman’s talent for imagery is well served by the subject matter, and the story is perfectly paced, with humorous breaks in the tension. A PEN Center USA Award winner (for Spontaneous), Wagman has crafted an unusual thriller for psychological crime devotees and fans of the peculiar.”–Publishers Weekly

“Told from multiple points of view—everybody but the iguana is represented—the novel is a darkly humorous and occasionally violent exercise in suspense, and a dramatic exposition of the Stockholm syndrome. Wagman does a nice job of lending her characters psychological depth and creating a fast-paced, readable plot.”–Booklist

“Wagman’s (Bump; Spontaneous; Skin Deep) fourth novel shines is in its complex character development. She gives readers an in-depth, realistic look at the psychological factors motivating her characters, from the shallowness of the celebrities to the insecurities of the teenagers.”–Library Journal

“Wagman has crafted a dark, funny and sensitive thriller that might be the first of its kind: the Oedipal abduction tale.”–Book Page 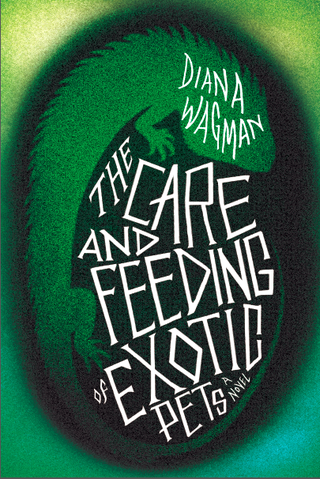 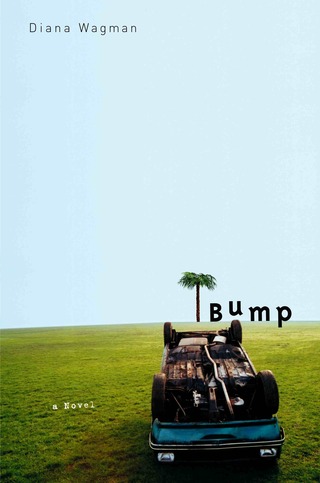 Wagman is making something of a name for herself in the world of edgy fiction. Her first novel, Skin Deep (1997), was about a young woman's disturbing obsession with her physical appearance, while her second novel, Spontaneous (2000), addressed the phenomenon of spontaneous human combustion. Her newest book follows the lives of four total strangers whose paths have crossed after a three-car accident on an L.A. freeway. Dorothy, a hapless twentysomething, is about to marry a man she doesn't love; Madelyn is a depressed, unhappily married mother of two who has fallen in love with a client at the suicide hot line where she volunteers; Leo, who survived a nasty childhood with an abusive father, lives in his car; and Ray is a Beverly Hills cop obsessed with suicide whose wife has recently left him. The characters all have a slightly morbid quality, not a lighthearted one in the bunch. However, despite the relentlessly dark subject matter, Wagman's writing has a hypnotic, rhythmic quality that keeps the reader interested till the end. 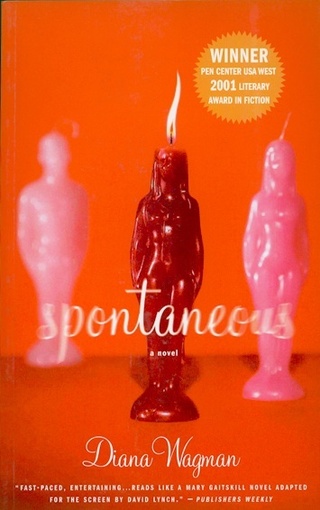 The villain of screenwriter Wagman's wonderfully outrageous second novel is a sexually voracious dwarf who also happens to be the world authority on spontaneous human combustion. That's just a taste of the nonstop, fiery oddity with which Wagman (Skin Deep) aims to shock and entertainAand mostly she hits her mark. The narrative starts with a blast as an old woman named Auntie Ned bursts into flames. Her L.A. house (charred and smelly, with a freezer full of mysterious meat) is left to two beautiful, passionate sisters named Amy and Gwendolyn, whose mother was Ned's best friend. Amy, the older sibling, is by turns maternal and destructive; Gwendolyn is fiercely possessive and passive-aggressive. Their yin-yang interdependence turns perilous after Amy meets Roosevelt, the dim but kindly handyman who's putting their new house in order. Roosevelt is smitten with Amy instantly, but she wants to groom him for future marriage to Gwendolyn. Soon enough, she's training him in tantric sex techniques (no orgasm allowed); he's also burdened with a new pet lizard, and she's involved with the sinister, professorial dwarf. Roosevelt's indoctrination nearly drives him mad with frustration and desire. Meanwhile, the emotional and erotic tension between the two sisters rises to its boiling point. Wagman's satisfying denouement is at once in the tradition of "sisterhood" novels and a bawdy, bloody-minded sendup of them all: her fast-paced, bizarre and entertaining volume reads like a Mary Gaitskill story adapted for the screen by David Lynch. Fans of either or both of those creators will find this story explosively satisfying.

Leaves you breathless and asking for more. 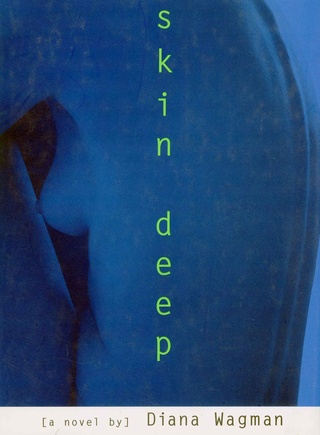 
Diana Wagman's ''Skin Deep''... is a highly intelligent debut that asks some very disturbing questions about the power of female beauty.
Much in the way Margaret Atwood's first novel, ''The Edible Woman,'' addressed a woman's relationship to her physical appearance, ''Skin Deep'' offers an eccentric female protagonist who wrestles with issues of work and love. But whereas Marian MacAlpine moved in the light, frothy first-person world of 1960's Canada, the setting here is smoldering fin-de-siecle Los Angeles: self-absorbed, dangerous. Homeless people are burned while sleeping, children are left unattended on highway shoulders, beautiful strangers threaten bodily harm if looked at askance.
It is in this atmosphere of violence and detachment that Martha Ward, a former topless waitress, answers a classified ad seeking a woman to talk to, three hours a night, three times a week. In Martha's experience, ''women were only paid well for illicit behavior,'' she observes. Happily for the reader, this turns out not to be the case. Arriving at the hotel room for the first meeting with a man known to her only as Dr. Hamilton, Martha finds a paper bag containing a costume she must wear for their discussions: a shapeless navy blue sweatsuit, gloves, socks and hood. ''We are here to talk about beauty,'' the nervous, attractive young doctor reveals. ''I need -- I am . . . interested in a woman's point of view. . . . I don't want to be confused by the form you have taken because of your genetic background, nutrition and whatever accidents of nature have befallen you."
The philosophical impetus of ''Skin Deep'' could be tedious if handled by a less confident writer. Yet Wagman creates a spare, lonely world that feels realistic, if verging on painful... ''Skin Deep'' builds to a nerve-racking crescendo as Martha -- shrouded in her ''anonymous blue''-- becomes more and more dependent upon her thrice-weekly meetings with the mysteriously unhappy Hamilton...
[This is]a book that has posed all the right questions."

novel excerpt
A car accident, a cop, and a bride-to-be.

novel excerpt
Wanted: woman to talk to. 3 nights a week. 300 dollars a night.

The Five Elements of Noir

my short story: "The French Knew How To Wave"
in Conjunctions
my surprisingly controversial op-ed for the LA Times
Unemployment and My New Car
animation for my story "Three Legged Dog"
amazing work from artist Martha Colburn
Authors Guild
Loading…}